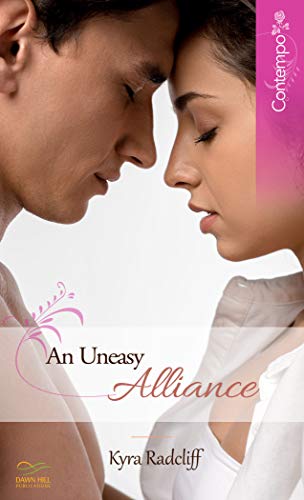 A bitter beginning that led to the sweetest ending…

The last thing small town mayor, Katherine James, wants is a call that her
brother is behind bars. Not a good look. When she goes to see him, however, he swears that he’s innocent and is being framed by the brother of the woman he loves.

Set on doing whatever it takes to get her brother out of this horrific predicament without employing her powers as mayor, Katherine finds herself agreeing to a bizarre deal with the cunning and wickedly handsome Tate Reilly: Be his live-in social secretary for one month in exchange for dropping the charges against her brother.

But when a quiet, unassuming beauty falls under the command of an arrogant, hot-as-sin jerk, things are bound to get interesting. It’s not long before the searing attraction between the two threatens to consume them both.

Weeks later, when the tables turn and Tate finds himself on the other end of the stick this time around, Katherine throws him the same deal that he’d thrown her.

During their last deal, things had gotten far too hot and heavy to contain.

This time, their blazing passion just might burn the house down.

An Uneasy Alliance is a steamy treasure that drips with lust and adventure.  Fans of erotica are sure to be overjoyed by the delights inside!

Often I find myself in the mood for a quick and fun romance, so when I came across An Uneasy Alliance I knew that I was in for a treat.

An Uneasy Alliance by Kyra Radcliff is a high-stakes thriller that follows Katherine James, a small-town mayor, and Tate Reilly, a man who can help Katherine get her brother out of jail if she serves as his social secretary.  In the beginning, Katherine doesn’t get along with Tate, but she is willing to do whatever she can to help her brother get out of jail.  However, the attraction between Katherine and Tate is palpable, and after Tate ends up in a desperate circumstance, Katherine helps him by giving him the same ultimatum that he gave her.  But this time, the attraction between Katherine and Tate heats up, throwing the reader into a whirlwind of lust and desperation.

Radcliff’s ability to develop her characters intensified my enjoyment of the story, and forced me to fall into Radcliff’s fictional world from the get-go.  Her characters take the reader on a delightful adventure filled with satire, grit, and attraction that is undeniable.  I lost my sense of reality while I was reading, which, for me, marks the presence of an incredible author.

If you are looking for a complicated and intriguing romance adventure, then please go and pick up An Uneasy Alliance.  You are sure to love Kyra Radcliff’s writing as much as I do!