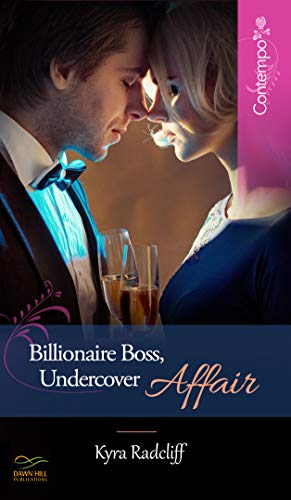 Sent by her boss to break up his daughter’s engagement to his irresistible rival, Miles. Susan finds herself in trouble, she wants Miles all to herself…

Susan Johansen is efficient, ambitious and cool-headed in a crisis, which
is exactly why her boss, Charles Dunlap, needs her. As the successful
owner of one of the richest old money industrialist conglomerates in the
world, he is under pressure of a different kind when his daughter Alicia
becomes involved with internet entrepreneur Miles Middleton.

With an ego as big as his bank balance, Miles has a reputation for a string of affairs and Charles doesn’t want his daughter anywhere near him. And so, he enlists Susan, as a Trojan Horse, burying her deep within Miles’ business interests in the hope that she can sabotage his relationship with Alicia.

It isn’t long before the plan seems to be working…

Miles is missing lunches, dinners and other dates with Alicia in favour of making money and sealing deals. But it’s when he takes Susan away on a business trip
and tries to seduce her that she sees him for what he really is.

But now that she is close to her goal, Susan suddenly has a crisis of confidence? Is she really still working for Charles or is she now pursuing her own agenda with Miles?

As he continues to get under her skin with his continuous attempts at seduction, Susan finds that she is more conflicted than ever. And the closer she gets to completing the assignment, the greater the chances are that Miles will discover her secret.

Billionaire Boss, Undercover Affair is a steamy and ambitious read that forces the reader to fall in love with not only the book’s primary love interest, Miles, but the sassy heroine, Susan, as well.

When I pick up a romance book, I often look for more in the hero or heroine of the story than just the love interest.  This was exactly how I became drawn to Billionaire Boss, Undercover Affair – I was simply drawn to the main character, Susan.  I am always looking for romance novels with strong female characters, and I was not disappointed.  Kyra Radcliff writes with the sassy flair of a power woman, and her seductive scenes are drool worthy.

Billionaire Boss, Undercover Affair is one of those delightful romance novels that comes into your life unexpectedly and takes you on the ride of a lifetime.  I devoured each page of this novel, and not just become of the delightful romance and sexual elements, but because of how well written the story was.  Susan, our heroine, is hired by her boss to break up his rival – Miles – and his daughter Alicia’s engagement by implanting her within his business dealings to distract him.  Susan is cutthroat and up to the task, but as she successfully begins to distract Miles with business dealings, she becomes distracted by his attempts at seduction.  Susan soon becomes confused as to what her intentions are with Miles: is she really dealing with him strictly through business, or is she beginning to fall for his seduction and in turn, fall for him herself?

I swoon over forbidden romances, and I particularly enjoyed how strong of a woman Susan was in that she fought Miles’ seduction attempts and tried to remain professionally tied to the mission given to her by her boss.  At no point did Miles seem to have the upper hand over Susan, and I appreciated how Radcliff made Susan a strong female character.  She was confident in herself and her attraction to Miles was of her own concern; and despite his coercion, she remained in control.  The attraction between Susan and Miles was sexy and the erotic moments added some delightful steam to the storyline.  I appreciated how complex Billionaire Boss, Undercover Affair was, and I would gladly read it again when I need a shot of hot literary romance in my life.

Billionaire Boss, Undercover Affair is essential reading for anyone drawn to business-based romance and erotica.  The storyline packs a punch filled with a witty heroine and a mouthwatering bachelor that the reader can’t help but swoon over.  I look forward to reading more from Kira Radcliff, and swooning once again!