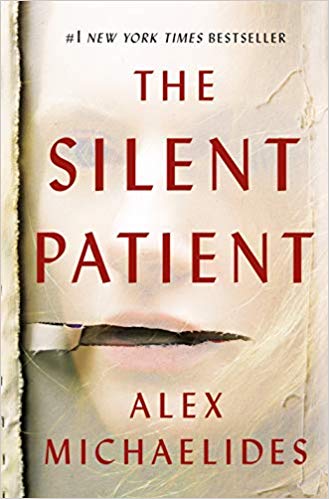 The Silent Patient is a psychological thriller reminiscent of an asylum-based horror.  Alex Michaelides’ writing takes the story in what is thought to be a predictable direction before providing the reader with whiplash within the last few pages.  You won’t see the ending coming.

Sometimes I feel like I am becoming a little snobby when it comes to thrillers or mysteries, and I have to catch myself when I read.  Many novels in these genres tend to follow a classic storyline, and the endings are often predictable.  As I was reading The Silent Patient, I feared that I knew where the book was going within the first few chapters; however, I soon discovered that the story was anything but predictable.  Alex Michaelides’ clearly knows the classic thriller tropes used in his genre, and he used them against the reader in his writing.  Doing so provided me as a reader with one of the biggest whiplashes I have experienced in a novel in quite some time.

The Silent Patient follows a therapist as they work with a woman who has gone mute after being accused of killing her husband.  The novel is written primarily from the perspective of the therapist, but snippets from the woman’s life are also shared to incorporate her experience with the stories of other vital characters.  The chapters are short, and they all serve as puzzle pieces to the final picture.  One thing that I loved about The Silent Patient was that there was no filler, and each chapter was vital to the unfolding of the story and development of the characters.  But perhaps the best thing about this novel is that the big reveal occurred within the last few pages, and threw the reader completely off track.  Even the most seasoned of thriller readers will be taken aback by Michalides’ clever storytelling.

The Silent Patient is in a class of its own.  While it will appeal to readers who are fans of The Girl on the Train or Gone Girl, it is a true modern classic in the thriller genre.  The short chapters and fast pace make the novel a quick read, and it will leave you thinking about it for days afterwards.

Have you read The Silent Patient?  Let me know what your thoughts are in the comments!