Today is the release day of a new young adult science fiction novel titled Achilles by Greg Boose!  This novel is great for fans of Illuminae, and I love how inventive it is.  If you are new to science fiction, Achilles is a great introduction to the genre!  I am very excited about this novel, and I hope that you will check it out!  You won’t be disappointed. 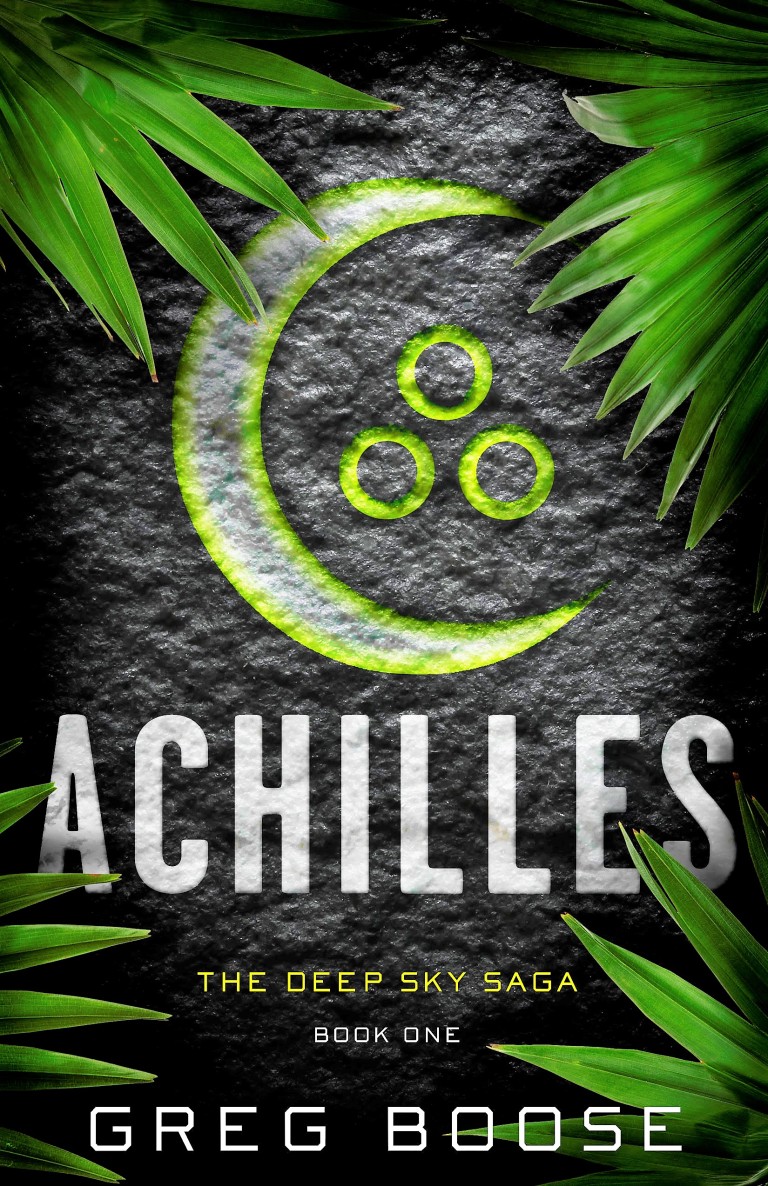 Lost meets The 100 in this action-packed YA science fiction series-starter.

The year is 2221, and humans have colonized a planet called Thetis in the Silver Foot Galaxy. After a tragic accident kills dozens of teenage colonists, Thetis’s leaders are desperate to repopulate. So Earth sends the Mayflower 2—a state-of-the-art spaceship—across the universe to bring 177 new homesteaders to the colony.

For Jonah Lincoln, an orphaned teen who has bounced between foster homes and spent time on the streets of Cleveland, the move to Thetis is a chance to reinvent himself, to be strong and independent and brave, the way he could never be on Earth. But his dreams go up in smoke when their ship crash-lands, killing half the passengers and leaving the rest stranded—not on Thetis, but on its cruel and unpopulated moon, Achilles.

Between its bloodthirsty alien life forms and its distance from their intended location, Achilles is a harrowing landing place. When all of the adult survivors suddenly disappear, leaving the teenage passengers to fend for themselves, Jonah doubts they’ll survive at all, much less reach Thetis—especially when it appears Achilles isn’t as uninhabited as they were led to believe.

Greg Boose is the former Los Angeles and Chicago Editor for BlackBook Magazine, and his work has appeared online and in print publications. Greg holds an undergraduate degree from Miami University and an MFA from Minnesota State University Moorhead. He lives in Santa Monica with his two young daughters. He has previously published The Red Bishop with Full Fathom Five Digital, as well as ghostwriting two Young Adult novels that hit The New York Times ‘ bestseller list.

Visit him online at http://www.gregboose.com.