In order to take away the Monday blues, I am happy to present to you the cover reveal for a novel called The Trade by Elizabeth Knox!  This looks like such a spicy read, and I can’t wait to pick it up myself.  Enjoy! 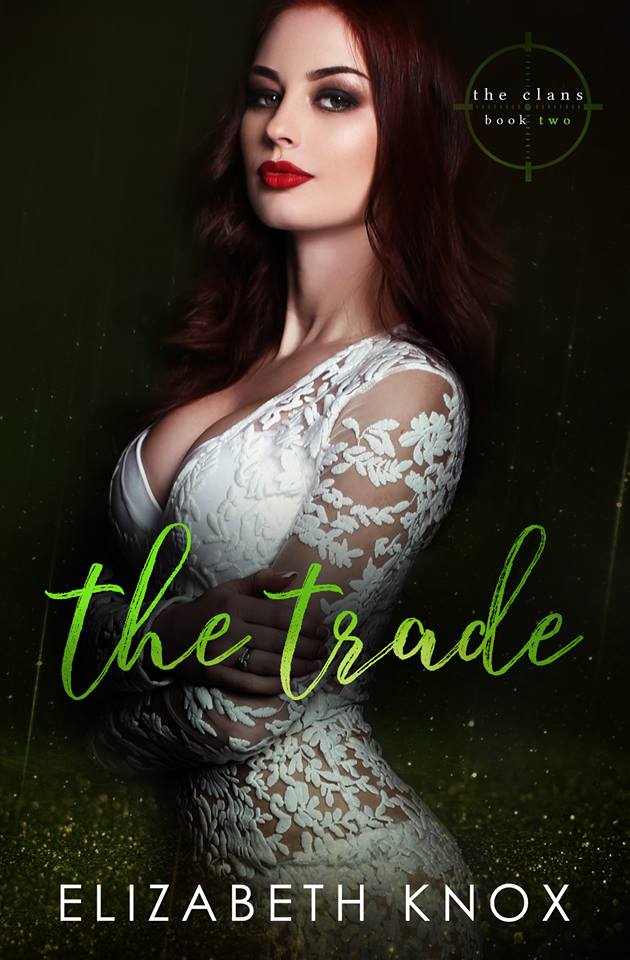 When I was assigned the job to find out who exactly orchestrated the hit on Mariana Petran, I jumped at the opportunity. To attack the queen of the clans is an attack against us all. I was to find the man who ordered it – and I did. I also found myself a feisty redhead; something I considered a cherry on top of the sundae as I headed to her hometown to destroy the man responsible for it all.

So, there I was, delivering a bloody and violent end to the scum that betrayed us when the door opens, and in walks my feisty redhead; Natasha.

I came home from a wild night out with the girls and found my uncle bloodied and bruised, with a gun held to the back of his head. The man holding the gun – my boyfriend, Anton.

I never thought that I would be begging for his life – doing anything that I could to save him. But he’s my family. He’s the only link I have left to my mother.

Anton didn’t tell me he was in the Romanian Mob – but I never confessed I was the niece of a head clan member, or anything about my father, but we’ll get to that later.

Anton named his price. I didn’t understand why, what he could possibly find valuable with taking the niece of Clan Constantin – especially when he already had me.

I accepted the terms, the trade. I’d do anything to save my uncle, even if that meant sacrificing myself. Anton promised me that he wouldn’t kill my uncle, like a dumb girl I assumed that meant my uncle would live.

Anton may not have pulled the trigger, but make no mistake – he killed my uncle.

The loving man I’d learned to care about over the past few weeks turned into something feral – I didn’t even know the man I was falling in love with.

I waited for my father, and prayed he would come for me.

They didn’t even know the girl they were taking.