I have decided to add another post with additional books that are on my review list.  These are the books that have been gifted to me recently that are also on my review list, in no particular order.  I urge you to browse through them and take a look for yourselves.  Let’s support our fellow indie authors!

It is difficult to imagine a story about zombies, vampires, or aliens that has not already been told many times over. Immortal Peace, however, puts a twist on the common genre of science fiction by combining the elements of multiple well-known concepts. This story follows Mario Ramirez, a family man in Chicago, as he and his family witness the world erupt when aliens appear on Earth, not with a warning of waging war, but with a peace offering. The Gift is a promising medicinal panacea. When scientists first study the vaccine, they immediately find the potential value of the drug. Unbeknownst to the world, this medicine has some latent adverse side effects that are in no way beneficial. Now the world must wonder whether the gift is a genuine act of kindness, or possibly the most complex military coup known to mankind.

Nichole, a young black woman, is caught in a tough position. She is juggling too many responsibilities as her world falls apart around her. When her mother turns up missing while performing an errand, Nichole is left picking up the pieces of her shattered life and taking care of her younger siblings. She isn’t sure where she can turn to for help, and she is facing a lot of harsh realities about how life works and how much prejudice can hold her back.

Richard is a lawyer who lost himself in corporate law. He wants to help Nichole through her heartbreaking situation, but he makes mistakes and loses her trust. He discovers that he’s been doing the right things for the wrong reasons for a long time. Everything begins to fall apart as he realizes he’s swept problems under the rug for so long he might no longer be able to fix them. After meeting a young alcoholic who is struggling to take control of his life, Richard wakes up to just how far off-course his life has become and attempts to right it. He asks Nichole for a second chance to help her overcome her obstacles, and he hopes it isn’t too late.

Can Nichole and Richard overcome their prejudices and get a Second Chance?

Where does the power to forgive someone come from?
A tender story of love and forgiveness.

Follow Natalie’s journey as she learns to forgive and then falls in love.

Natalie Alexander believes she is unworthy of a romantic relationship after a traumatic event back in college. After moving to southern Illinois, she can finally put the past behind her. But then she’s smitten with the handsome Nick Norton, who she meets over a platter of cookies. Unwittingly Natalie is drawn to Nick, but will she ever be able to reveal her secret? Can Natalie overcome her insecurities and can Nick help her see her inner beauty? 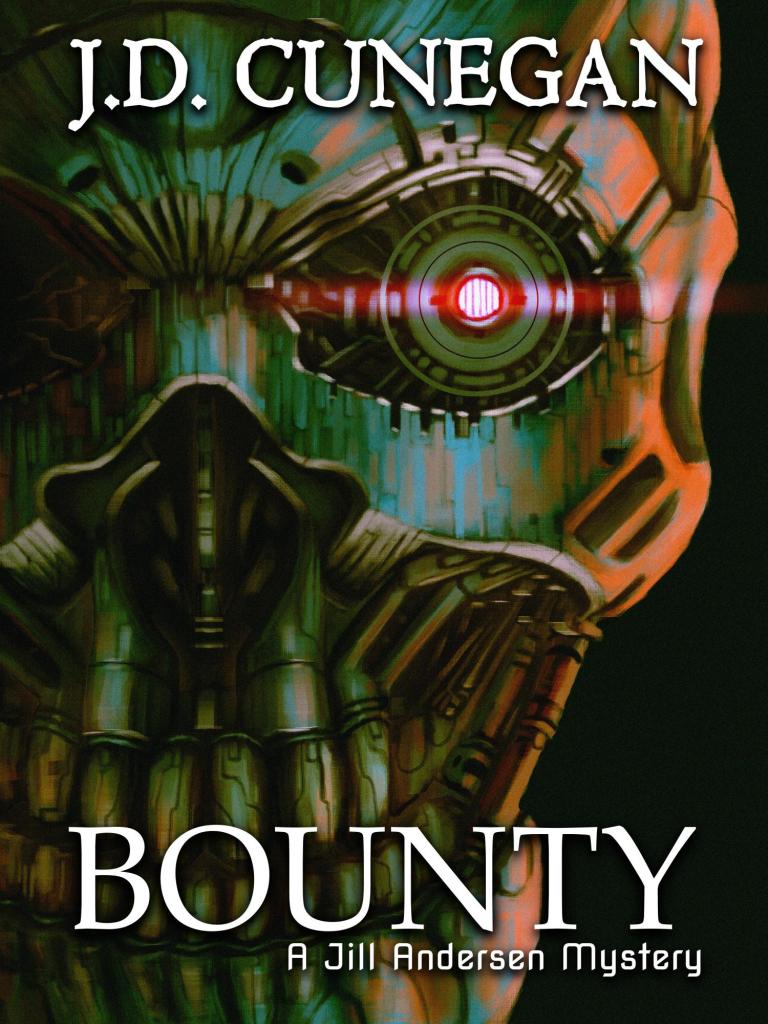 Jill Andersen is one of Baltimore’s best and brightest detectives, but she harbors a dark secret — a secret that threatens to come out when the body of Dr. Trent Roberts is pulled out of the Chesapeake Bay. Dr. Roberts’ connection to Jill reveals a past that involves a tour in Iraq, a secretive cybernetic experiment, and a conspiracy that involves a native son.

Can Jill solve the case while still keeping her secret? Will her partners at the Seventh Precinct find out what she’s so desperate to hide? What was Dr. Roberts looking into that led to his murder? And perhaps the biggest question of all… 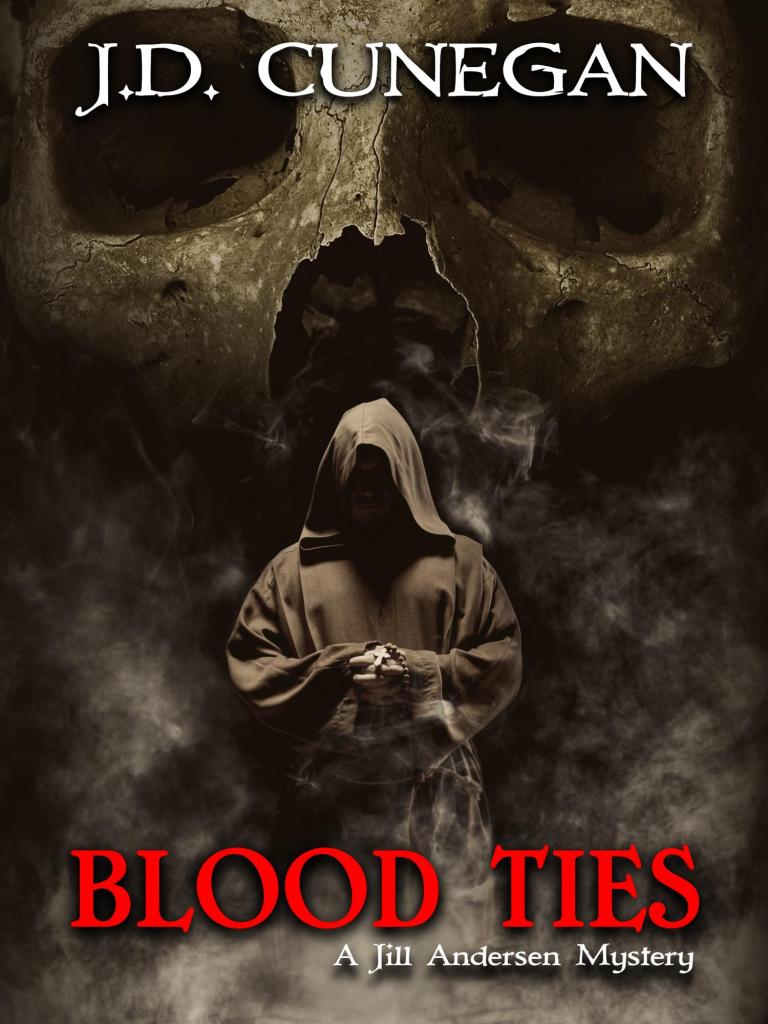 For as long as Jill Andersen could remember, her father was a hero.

But heroes don’t commit murder, do they? The state of Maryland said Paul Andersen did just that, three times over, and was set to execute him for it. But Jill and the rest of her colleagues at the Baltimore Police Department come across the murder of a law student that leaves her hopeful that she can clear her father’s name.

While Jill and her colleagues work against the clock to clear her father’s name, new players emerge, hinting to a deeper, darker conspiracy than what was previously known. An enigmatic faction known as The Order reveals itself, and the mystery surrounding Paul’s alleged duplicity leaves more questions than answers.

Along the way, Jill must not only face the possibility that her father was not who she thought he was, but she must also face the prospect of her secret being revealed. The stakes are higher than ever in Blood Ties, the intense follow-up to J.D. Cunegan’s debut mystery Bounty.

Can Jill save her father before it’s too late? Will she even want to?

Title: Give It Back

Purchase: Give It Back on Amazon (Pre-Order)

Not long ago, Lorraine lost her husband to another woman. She thought that was the worst thing that could happen to her, but soon she realizes it’s just the beginning of an everlasting nightmare.

Lexy, an au pair from London, moves to Seattle to help Lorraine with her infant son. But she didn’t come for the child…she came for something else.

When Ella receives a call from her sister, Lorraine, who begs her to leave San Diego to spend time with her, she decides to take a few days off from work to visit her. Frightened to see how much Lorraine has weakened since her diagnosis eight months ago, she packs a bag and heads to Seattle with a foreboding feeling that this might be the last time she sees Lorraine.

But on her way to the airport, she learns that something shocking has happened since she last spoke with Lorraine and now. To make matters worse, once Ella arrives in Seattle, Lorraine’s story keeps changing, making Ella question how reliable her sister really is.

Soon Ella is entangled in a mysterious investigation, and more so, in the lives of everyone involved. She realizes not only that she won’t go home anytime soon but also that she’ll never look at others the same way she did before.

Purchase: The Inter-Terrestrial on Amazon 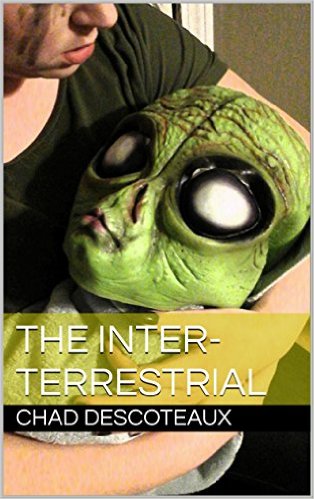 An alien scientist has a half-human “inter-terrestrial” son on the primitive planet of Earth. Aliens from neighboring planets (Mars and Venus) think they own the Earth and are adamant that it not be used by higher species without their consent. For twenty years, this alien father has been trying to figure out a way to get back to this forbidden planet to see his son, desperately looking for an opportunity to present itself.

But how did this “inter-terrestrial” come to be? How has his human mother protected him on a planet where many people hate and fear what is different? And what role would this hybrid play in proving that humans are not inferior to our alien brethren?

When fifteen year old foster kid and diagnosed schizophrenic, Ryne, bumps into a strange man only she can see, the carefully constructed pretenses of her life start to crumble, forcing Ryne to choose between the safe, mundane, mortal world that’s labeled her crazy, or the magickal world of nightmares she has spent her life pretending doesn’t exist. The truth will set you free. Not. At least, not for Arrynna Doe. The only thing the truth will bring Ryne is a straight jacket and a room at the local, state funded institution, again. So she lies- to her doctors, to her foster parents, to her best friend. Because, really, who’s going to believe there is a whole world filled with terrifying magickal creatures only she can see- faeries, witches, vampires, and werewolves, even dragons? That’s right, nobody! Ryne has her routine mastered- pretend you’re normal, lie to everyone you know, ignore supernatural beings. And the routine works, until the day she acquires stalkers. Faerie stalkers. As Ryne struggles to keep her days normal, she finds herself questioning the tenets’ of her life. Why can she see things that no one else can and why are these creatures suddenly interested in her? The answers might just be more than she can handle. Will she discover the truth? Or is she just as crazy as the doctors have always said? Either way, Ryne is facing a crossroads, and pretty soon she’s going to have to make a choice.